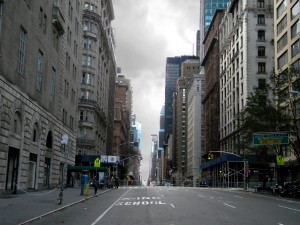 Hurricane Sandy, the largest Atlantic hurricane on record, and quite possibly the second most costly Atlantic hurricane, made an impact not only on history books, but on businesses as well. It tested and challenged many business continuity and disaster recovery plans for a multitude of businesses in New Jersey, New York, and 22 other states. Are your business continuity plans as good as they are on paper they are printed on? Hurricane Sandy tested businesses with “The Perfect Storm”.

As we enter the second week after Hurricane Sandy, some of the statistics are staggering.

As the news came rolling by our screens at Net Force, we were amazed that operations such as Google and data centers who have stellar business continuity plans were blown away by “The Perfect Storm”. By no means all data centers failed as some data centers weathered Sandy better than others (pardon the pun).

It does raise questions for your businesses as well. Even if you were not affected directly by Hurricane Sandy, I would encourage yourself to ask these questions regardless.

If businesses like Google can be affected, what does it say about your business continuity and disaster recovery plans?

Page load link
This site uses cookies to help personalize content, tailor your experience and to keep you logged in if you register for our services. By continuing to use this site, you are consenting to our use of cookies. Accept
Go to Top