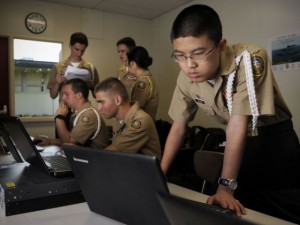 This weekend marks the end of CyberPatriot VI with the National Competition at the Gaylord National Convention Center in National Harbor, MD. It has been an amazing journey these last few months guiding and training these brilliant young minds at Troy High School. As my responsibilities and duties conclude for this season of CyberPatriot VI, I reflect upon the joys, the frustrations, the highs and the lows. And yet, I can not help but smile and experience joy at every moment. Honestly, I felt like I got the better end of the deal. I gained so much more and grew in so many ways that I think my mentees’ do not even realize.

I want to say it’s easy being a cybersecurity mentor, but it is almost like a full time job. Thankfully my fellow colleagues at Net Force has been gracious enough to allow me some leeway to make up some hours in the evening during mentorship sessions. Thank you to my colleagues for the flexibility and patience on my ever changing schedules.

I am extremely proud of each member of this year’s CyberPatriot VI team at Troy High School. I kept throwing more at them and they kept rising to the challenge.

I encourage everyone to consider mentoring a team or a few students next year. It is extremely rewarding emotionally, spiritually.

To next year’s mentors: 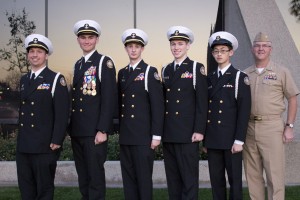 If you are in the National Harbor, MD or DC Metro Area this week, I encourage everyone to come out this Friday, March 28 and check out CyberPatriot VI. Tours will be given all day at the competition venue (Gaylord National Center)

Last Saturday marked the beginning of the 2014 Western Regional Collegiate Cyber Defense Competition Season with the successful completion of qualifiers. Over the past four years, I have watched this competition expand and grow so much that there are now fourteen universities and colleges across California, Nevada and Arizona vying for a chance to compete at the National Collegiate Cyber Defense Competition with several more schools looking to assemble teams in coming months to compete in the 2015 season.

For the schools that advanced, congratulations. See you at the end of March where you will face off against some members of our own Net Force Red Team.

For those who were unable advanced, and walked away disappointed, don’t. This is just merely the beginning of your journey.

I encourage you to continue pursuing this field, this challenge and don’t give up! Failure only happens if you walked away and gave up. No one becomes good in this field or any other field without hard work, and practice, practice, practice. There is no secret to success.

Furthermore, WRCCDC itself has increased in challenge, difficulty, and it will continue to be that way. It’s not meant to kick you out of the competition because we don’t want you there. We honestly do. Rather, the adversary is getting better every day and we need to get the good guys to be stronger, faster, better, in terms of being to do analytics, analysis, triage, and incident response. Truthfully, we are far behind where we should be. The adversary is becoming stronger each and every day and we are too. We simply have not overtaken them yet. 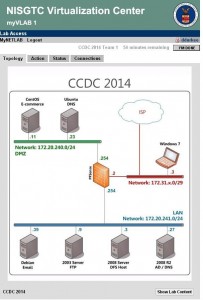 Here are some notes that you most likely experienced and areas to work out. Note not everything will apply, however after watching four seasons of teams compete, there are always a few items that will always stand out that affects all teams.

I look forward to seeing each and every one of you compete in the coming months. Remember, this is only the beginning of an amazing journey, not the end.

2013 was the year of data breaches, and before the year ended, there was one last data breach.

4.6 million Snapchat customers had their phone numbers and usernames leaked onto the internet on December 31, 2013. While the group removed the last two digits of the phone numbers, it was willing to make the full version of the database available under certain circumstances. The database itself is highly incomplete as it targeted well known metropolitan areas however not it missed several suburban area codes.

Net Force went through the database and was successfully able to validate the database’s authenticity.

SnapChat Customers are recommended to take the following actions: 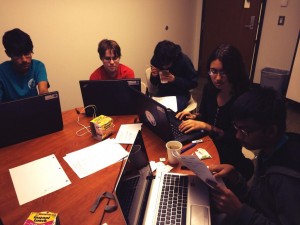 Last weekend officially marked the beginning of the 6th competition season of CyberPatriot. CyberPatriot is a middle and high school cyber defense competition designed to give hands-on exposure to the foundations of cybersecurity.

Over a 72-hour period, middle school and high school aged students from across the globe raced to triage and remediate security vulnerabilities inside Windows images. From Japan to Korea all the way to Hawaii, CyberPatriot is slowly becoming a crucial pillar in their education.

It is amazing to see how this humble high school cyber defense program has grown in a short period of six years. In many ways, I am quite jealous of the opportunities these students have. Having the technical theory and crucial hands-on time with Windows images, Linux images, Cisco equipment is a dream come true for any aspiring cybersecurity professional, and even more so for an aspiring student.

It is amazing to see not only knowledge these students are acquiring, but also nurturing the passion and crucial critical thinking skills any employer would value. These students have a community and camaraderie I wish I had when I was in grade school.

More importantly, I am continuously amazed to see how mere middle school and high school students across the globe are rising to the challenge of defending information systems. The scores reflect their knowledge in account policies, prohibited files, windows updates, password policies, malware, antivirus, access controls, services, and obscure windows security settings most system administrators do not even know about.

As a CyberPatriot mentor for one high school, I am proud to see my students rise to the challenge and I am looking forward to see them soar.

As news of the data breach at vBulletin.com and vBulletin.org made mainstream media news, it has left a lot of system administrators and forum administrators extremely nervous since almost one million usernames, emails, and passwords have been compromised.

Several news outlets have reported there is a Zero Day Remote Code Execution vulnerability affecting all iterations of vBulletin 4.x and vBulletin 5.x series that allows an attacker to execute arbitrary code on the server remotely.

The exploit is being sold for roughly $7,000.00 USD, payable only in virtual currencies Bitcoin and WebMoney. According to Brian Krebs at KrebsonSecurity, at least one individual has made the purchase.

As added proof of concepts, the following screenshots of the vBulletin database, sever shell, and tables have been released. We can confirm that the database information is indeed legitimate. 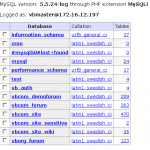 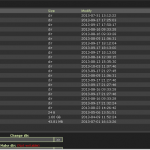 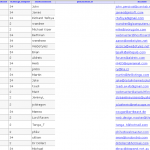 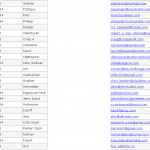 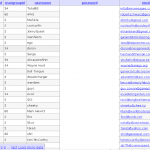 Historically when an exploit is sold, the exploit itself is, for the most part, tested and validated as a working exploit.

Several vBulletin forum communities, including the DEF CON Conference Forums, have been taken offline because of the vBulletin 0-Day in the wild and have chosen not to return until a patch is released.

Other forum communities have begun the massive task of migrating away from vBulletin as the issue appears to be growing exponentially.

Earlier yesterday, when confronted by vBulletin customers, it was unveiled that the attackers had access to the Magento customer database, which gave attackers access to customer billing addresses. Whether the access was utilized or not is still up for debate, however logs indicate that they were not accessed.

vBulletin Solutions, a wholly owned subsidiary of Internet Brands, denied the allegations of a real 0-day threat to vBulletin.

“Given our analysis of the evidence provided by the Inject0r team, we do not believe that they have uncovered a 0-day vulnerability in vBulletin.

“These hackers were able to compromise an insecure system that was used for testing vBulletin mobile applications. The best defense against potential compromises is to keep your system running on the very latest patch release of the software.” wrote Wayne Luke, vBulletin Technical Support Lead.

Whether this attack is related to the MacRumors.com data breach earlier in the month is still being debated among vBulletin customers given that MacRumors was running an older version of vBulletin.

Prepare for an attack?

For websites currently utilizing vBulletin, we recommend that all web application firewalls and defenses for servers hosting vBulletin be tuned to a much higher setting until the situation resolves. Server administrators are also encouraged to enable verbose logging to help with the incident response process.

Alternatively, vBulletin customers may choose to seek an alternative forum solution of their choosing.

Are We Secure Yet? How to Build a 'Post-Breach' Culture dlvr.it/RNR4LP pic.twitter.com/rypc…

Are We Secure Yet? How to Build a "Post-Breach" Culture dlvr.it/RNPVmT pic.twitter.com/o7Gh…